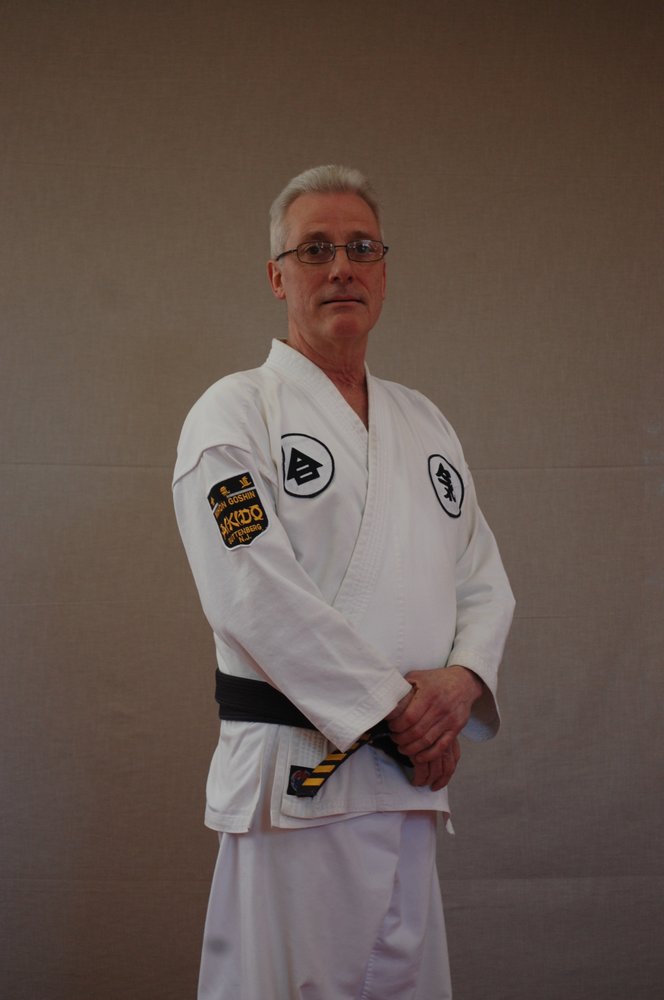 Shihan Robert B. MacEwen, Jr. is the director and chief instructor of the Aikido School of Self Defense holding a fifth degree black belt in Nihon Goshen Aikido. Along with Aikido, he also holds a fifth degree black belt in Jujitsu, and a first degree black belt in Koga-Ryu Ninjutsu and Karate with over 45 years of martial arts experience. Shihan MacEwen studied directly under Shihan Richard A. Bowe and the late John Lehman. Today Shihan MacEwen is one of the top rated practicioners of Aikido in America. His explosive style has been recognized by Martial Arts publications and organizations throughout the world. His dedicated approach to teaching and his outstanding skill have earned him a place in the National Martial Arts Hall Of Fame four times. In the past, Shihan MacEwen has worked in the motion picture industry as an actor and choreographer. He has also produced fourteen Martial Arts dvds which sold over hundreds of thousands all over the world, with four star ratings.